Brainfeeder is proud to present Resistance – a 2018 Funk odyssey by keyboard maestro, vocalist, composer, producer, arranger and astral traveller Brandon Coleman. A regular fixture in the Kamasi Washington band, wylin’ out on the keys or wielding his keytar, he is introduced onstage at gigs as “Professor Boogie” by his longtime friend and collaborator. Resistance – released on September 14 via Brainfeeder – represents a new chapter in the Funk dynasty that spans George Clinton / Parliament Funkadelic and Zapp through to Dr. Dre, DJ Quik and Dam Funk as the Los Angeles resident salutes his musical heroes – Herbie Hancock, Peter Frampton, Roger Troutman – and honours their ethos of freedom and experimentation in his search for Funk’s future.

Lead single “Giant Feelings” features contributions from Kamasi Washington and the close knit band of musicians with whom he has toured since releasing The Epic and it has been a regular fixture in their set lists. “I wrote ‘Giant Feelings’ for the band… for Kamasi, Miles [Mosley], Ronald [Bruner], Stephen [Bruner]… all those guys. I wrote it for us to play,” he explains. Diving into a slumped-out synth funk groove at the outset before building to its soaring orchestral apex, the track features lead vocals from Patrice Quinn. “I’ve been waiting to work with a voice like Patrice for my whole career,” says Brandon. “Her voice is as timeless as Ella Fitzgerald or Billie Holiday, it just radiates love.” Resistance is a powerful statement from an artist who is passionate about hybridity and innovation – stitching together threads from jazz, disco, boogie, R&B, electro, soul and Funk. “I’ve been in the studio a lot in recent years, writing with this or that artist and I always felt constrained… like I had to compromise and submit to a ‘pop’ sensibility,” he explains. “This time I just wanted to create something that was really free… something original… to incorporate all the styles that I represent, because often when I’ve tried to do that in the past it’s been met with resistance.”

The list of artists with whom Coleman has collaborated is simultaneously inspiring and exhausting. From Ciara to Mulatu Astatke and Childish Gambino to Shuggie Otis… but one of his most consistent studio partners during the last decade has been R&B icon Babyface. “I’ve learned a lot from him… working on countless projects… he would just call me at any time and say: ‘Hey man, I’m in the studio with Aretha Franklin at the piano and I want you to come in and help us arrange some songs.’ And I would be like: ‘Erm ok, I’m on my way’,” he shakes his head and laughs. “Those experiences shaped the way I hear and appreciate music”.

Coleman‘s epiphany came aged 16 when he’d only really just taken up piano. “My brother gave me a Herbie Hancock record – ‘Sunlight’,” he says. “I put it on and just kept listening to it on repeat ‘cos I couldn’t fathom how he was singing like that… it sounded electric. That was it for me.” Utterly bewitched by the marriage of human touch and robotic texture in those vocals, he moved on to Peter Frampton and Roger Troutman (celebrated for their mastery of the talk box) and decided to create his own signature synth patch for his vocals. “I wanted to take it further… if Siri could sing, this is how Siri would sing,” he laughs.

It is fitting that Resistance should arrive on the imprint founded by Flying Lotus – a perpetual free-thinker and champion of genre-exploding. “I can remember the first time I met him,” says Brandon. “It was at a ‘Suite For Ma Dukes’ rehearsal with Miguel Atwood-Ferguson and I walked in and noticed this mad set-up with crazy pedals and stuff and I’m usually the guy who has that. Who the hell does this guy think he is, doing what I do but different gear?… and then I was like ‘Holy shit – this is Flying Lotus!’” The pair have subsequently worked together on music for Bladerunner, FlyLo’s directorial debut Kuso and Brandon plays on Until The Quiet Comes and You’re Dead! too. It was an easy decision to sign the album to Brainfeeder: “It just feels like family, y’know?”, he explains. “Stephen [Thundercat] is there… plus I’ve toured a lot with Kamasi and the type of shows we were playing – the venues and the crowds – it wasn’t a jazz audience and I dug that. I feel like that was something that Brainfeeder brought to the table”. 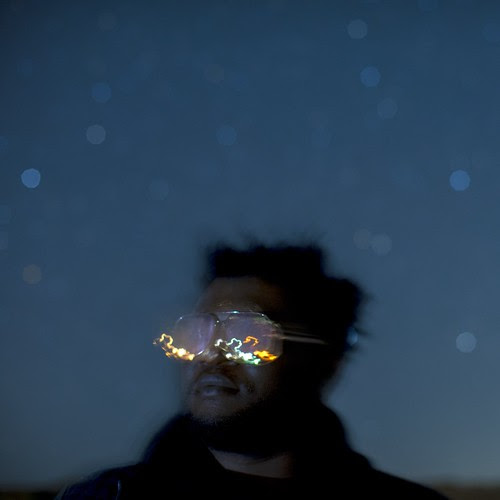 2. All Around The World

3. A Letter To My Buggers