José James Shares Playful Single “You Know What It Do”

With a beguiling mix of jazz, R&B, pop and soul, singer-songwriter and producer José James shares a playful new single today, “You Know What It Do.” His homage to Prince and the Minneapolis Funk sound he grew up with in the 80s, the track is from his newly announced future soul album, No Beginning No End 2. Coming out March 6 on his own label Rainbow Blonde Records, the record also features the talents of Aloe Blacc (from previous single “Turn Me Up”), Ledisi & Christian Scott aTunde Adjuah (from first single “I Need Your Love”), Laura Mvula, Lizz Wright, Erik Truffaz, Hindi Zahra, Taali and more. James is celebrating the release with an international tour this year, as well – tour dates below.

José James spent a decade reshaping jazz with the genre-blurring verve of a crate-digging beat guru, before becoming a solo R&B star. The last couple years he lived in Bill Withers’ shoes — recording and touring his legendary songbook for the Lean On Me project. Now, the satin-voiced songwriter’s latest is No Beginning No End 2, a sequel to his 2013 album that resurrects the bold eclecticism audiences first fell in love with. After the Bill Withers tour, James recalls: “I wrote a thing on Instagram saying I was thinking about No Beginning No End 2 and people went insane. They wrote thousands of comments about how the first one changed their life. I don’t sit around and think ‘my work is so important’ so that was kinda nice.”

Things are a little different this time around. For one, while the prequel was James’ Blue Note debut, this is his first set of new music for his own label/collective Rainbow Blonde Records. Secondly, the album is full of collaborators who are auteurs in their own right: Laura Mvula, Aloe Blacc, Ledisi, Lizz Wright, Erik Truffaz, and Hindi Zahra, to name a few. Thirdly, with the backing of a wildly talented band held down by rhythm sections in Los Angeles and Brooklyn (befitting Rainbow Blonde’s bicoastal status), the songs are warmer and more defined than ever.

For James, all of these pieces are related, and speak to a constellation of small but vibrant artist communities in constant communication. “We’re trying to connect the dots on a global level and that’s sort of the whole concept: no beginning, no end, no boundaries,” he said. This extends to his partner in business, songwriting and life, Rainbow Blonde co-founder/artist Taali. James explains: “With Taali, I feel really seen for the first time and that’s powerful. I think that’s what we’re all striving for on an individual and cultural level.”

James goes on to say, “I read an interview with Billie Eilish where she was talking about, ‘I can’t believe people used to think genres existed,'” he laughs. “It’s like, oh man, that’s just so nice. It was such a struggle for my generation, and others before, to kick these doors down of this genre and that, and it’s so beautiful to know there are kids who can’t even think that way.”

Naturally, NBNE2‘s players are of a similar philosophical mindset, including:Brett Williams, Kris Bowers, and Takeshi Ohbayashi on keys; Marcus Machado, Alan Hampton, and LP co-producer Brian Bender on guitar; Ben Williams on bass; and Justin Brown and Jamire Williams on drums. James also enlisted Alberto Lopez (of Quetzal) for the sort of Afro-Latin percussion common to so much black music of that era, from Marvin Gaye to Gloria Gaynor — which befits James’ own Angolan-Panamanian roots.

About Rainbow Blonde
LA-based Rainbow Blonde is an independent record label, multidisciplinary collective, and open-spirited community founded by Talia Billig, Brian Bender and José James on a few simple principles: it’s run by artists for artists, it’s a one-stop shop with a superstar in-house crew, music is culture – not product, and none of this works if you aren’t having fun doing it. Inspired by Janelle Monae’s Wondaland Arts Society, Flying Lotus’ Brainfeeder, and Solange’s Saint Heron, Rainbow Blonde is a space allowing artists to be fully creative without feeling inundated by the confines of big business. With an art department including former Blue Note designer Hayden Miller and legendary photographer Janette Beckman, plus in-house producer/engineer Brian Bender, whose credits span both music (Bing & Ruth, KT Tunstall) and film (Lemon, The Mars Generation), the label is doing just that, releasing projects from José James, Ben Williams, Taali, Bright & Guilty and beyond. 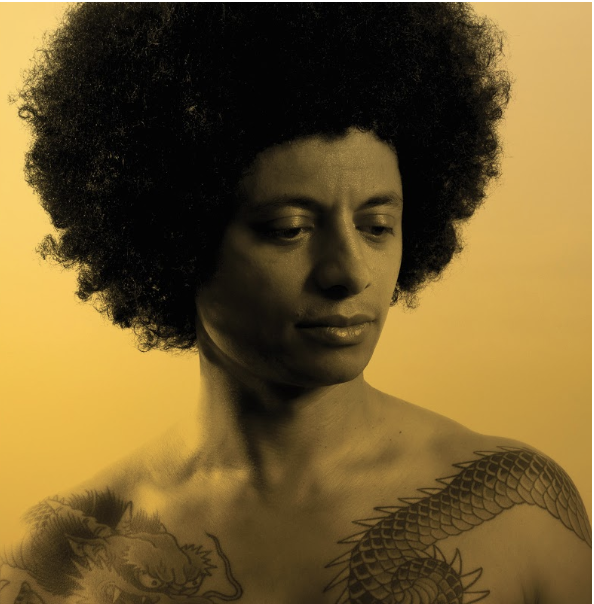