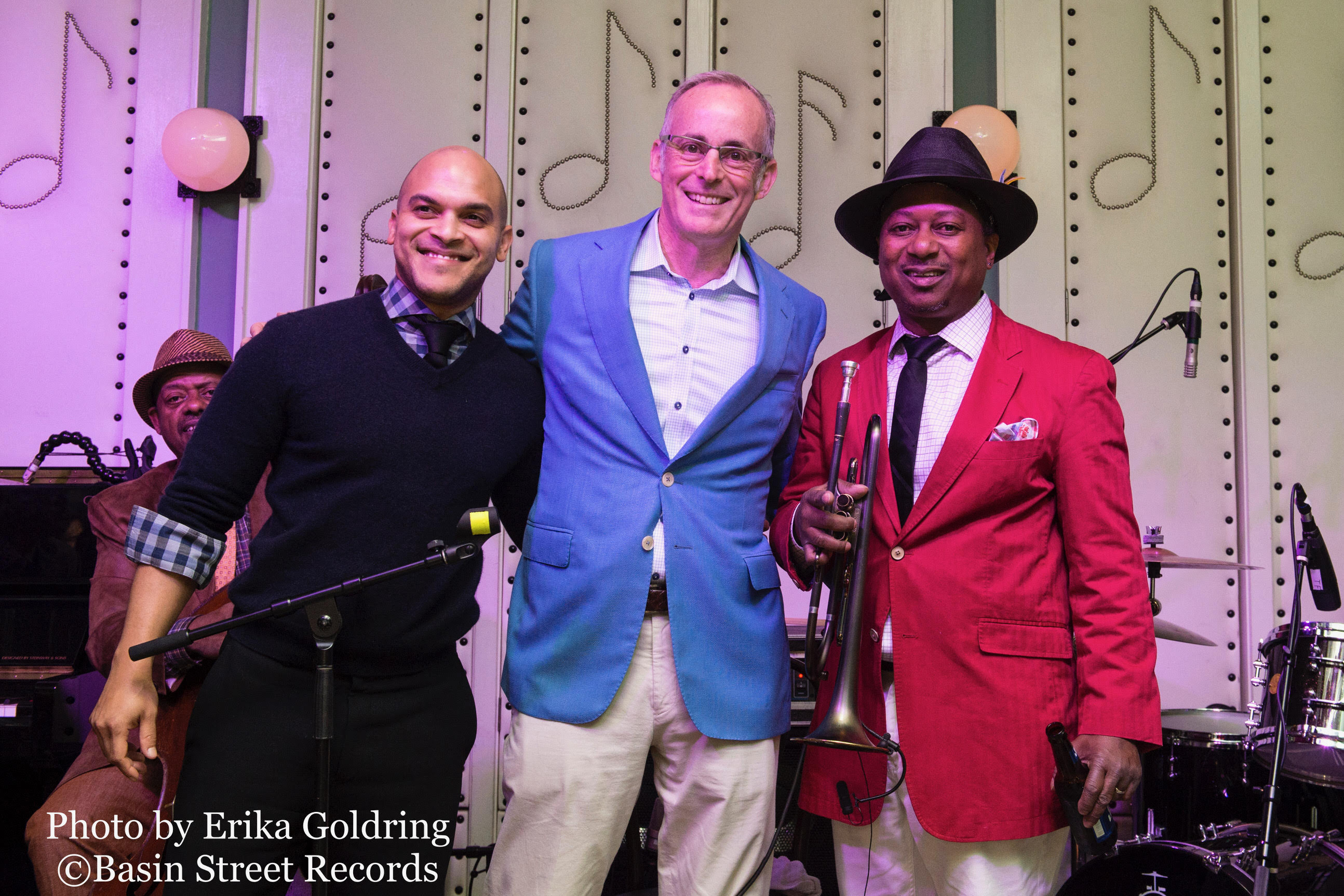 Get a taste of the show here The evening began at 8:30 pm with the Jason Marsalis Vibes Quartet playing to a packed room with an electric energy on the first floor. A “prayer line” formed on the sidewalk outside the Poydras street club, for those hopeful attendees waiting for a spot to get in the full-capacity club. After Marsalis packed up his vibes, none other than two of the biggest trumpet giants in the Big Easy took the stage—Kermit Ruffins and Irvin Mayfield. Backed by Ruffins’ Barbecue Swingers, the two traded trills and flurries of notes in trumpet battles punctuated by Ruffins’ carefree singing and lovable audience banter. 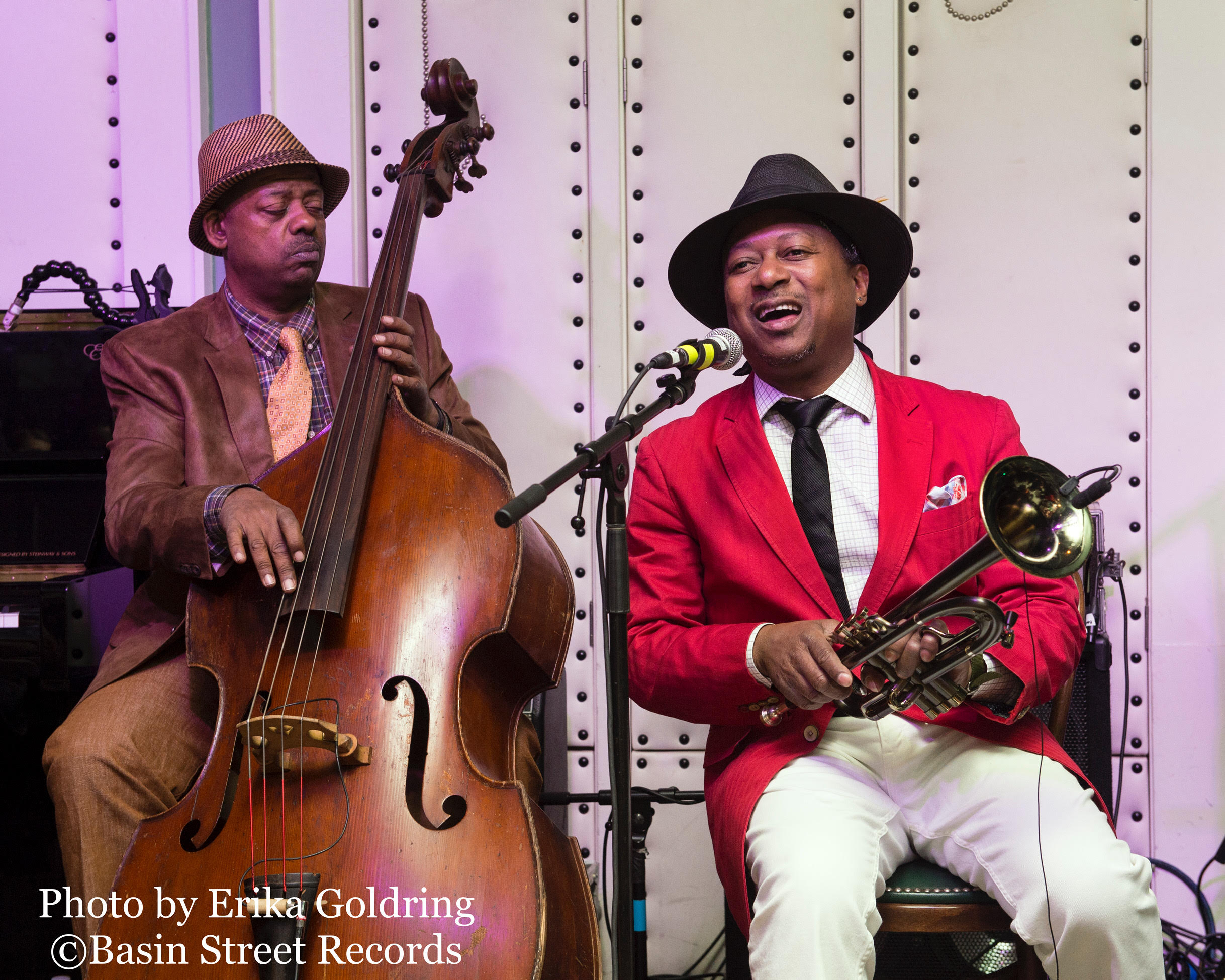 Next on the lineup was to be pianist Henry Butler in a solo performance upstairs, but a 6-hour flight delay made his appearance impossible. What does one do when a featured artist can’t make it to your post-Jazz Fest show? With so many world class musicians in the building at one time, you ask them to do what they do best: improvise. In no time, Basin Street president, Mark Samuels organized an impromptu Basin Street Records super-group featuring Davell Crawford on piano and vocals, Irvin Mayfield on Trumpet & Percussion, Jason Marsalis on drums, Bill Summers on Percussion, Mark Brooks on bass, Ronald Markham on piano, and Munyungo Jackson (in town to play with Stevie Wonder at Jazz Fest) on percussion. This group would bring the trio of Irvin Mayfield, Bill Summers, and Jason Marsalis (the founding members of Los Hombres Calientes) together on stage for the first time in over 15 years. The impromptu group sizzled through some Latin jazz that left no one wanting in the absence of the missing Butler. 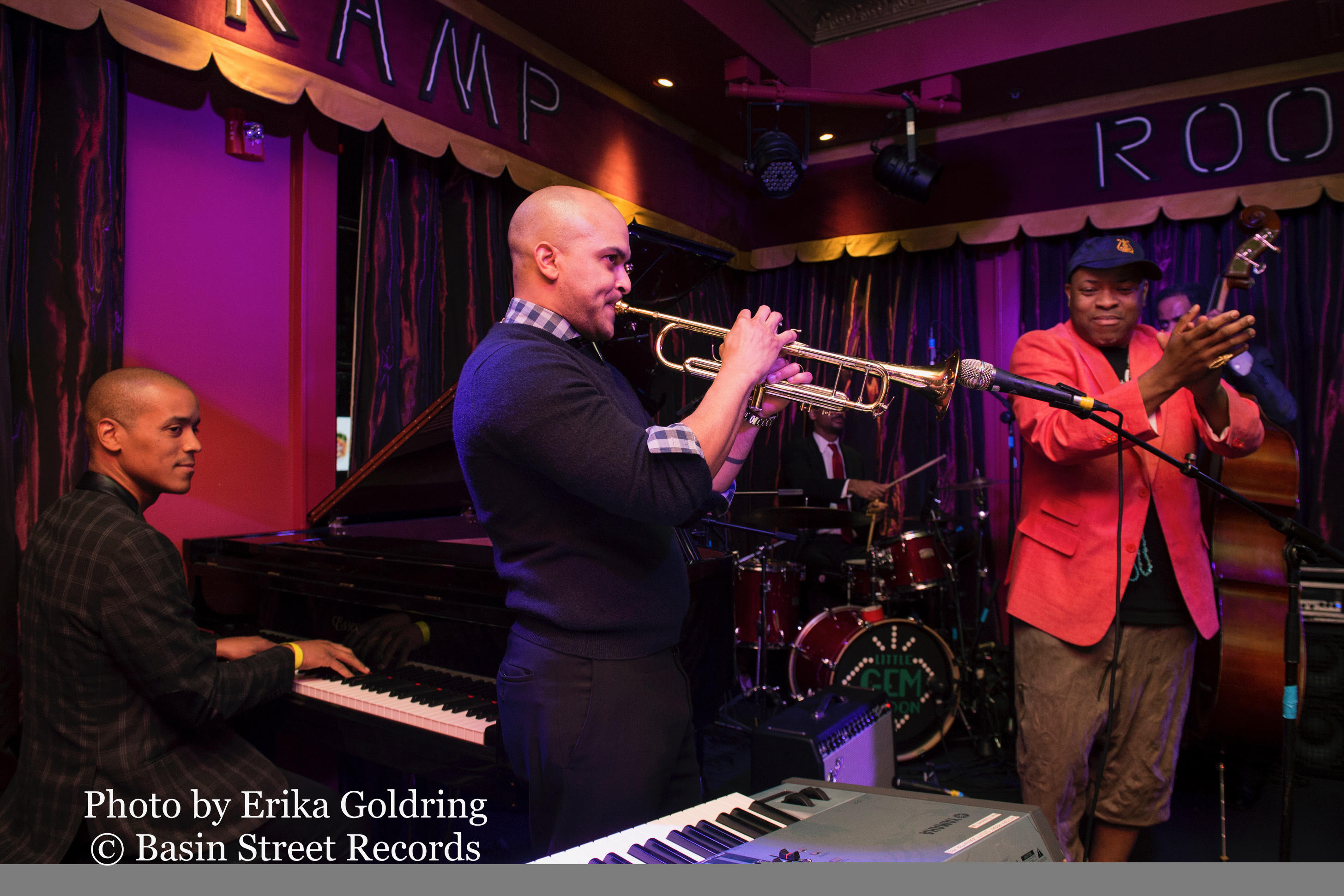 The crowd stuck with it and moved back downstairs for the one-of-a-kind Dr. Michael White and his usual polished traditional jazz show, which featured yet another cameo on drums from Jason Marsalis. 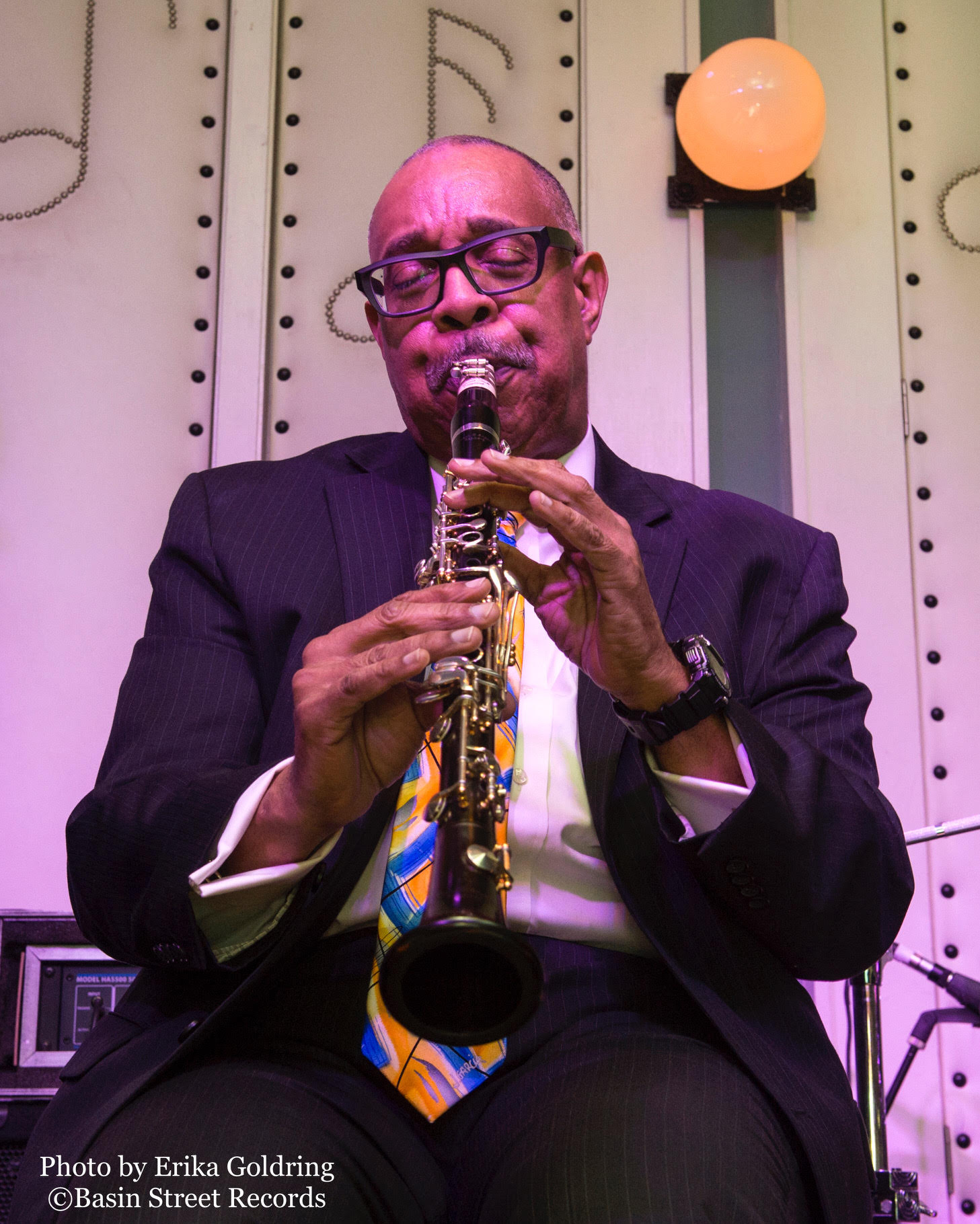 Pushing 1 AM, the show went on, and the crowd made one last trip upstairs for Davell Crawford and One Foot in the Blues playing his unique brand of Louisiana roots music. The theme of Basin Street artists collaborating continued, as percussionist Bill Summers sat in with the band for the duration of their set. Much of the show was livestreamed, and there is plenty of video to view on Basin Street Records Facebook and Twitter feeds. For those who couldn’t make it, not to worry, the evening was recorded using top-of-the line audio engineering and documented by a professional video crew using 4k cameras, so some nice edited videos will be on the way shortly. Basin Street Records hopes to encourage clubs and festivals around the world to shine a special spotlight on their talented artists during this 20th anniversary year