Preservation Hall Jazz Band has released their new album A Tuba To Cuba, the soundtrack to the critically acclaimed documentary directed by T.G. Herrington and Danny Clinch via Sub Pop.

Stream and order A Tuba to Cuba here.

“We are so proud and honored to share a project we’ve poured so much of ourselves into,” says Ben Jaffe. “The impact visiting Cuba had on us will live with us both individually and as a band forever. We’re still absorbing everything we experienced.”

“We went to Cuba in prayer position,” says Preservation Hall band leader and bass player Ben Jaffe when he speaks of the pilgrimage he and the group took to Cuba in December 2015. “We went to receive and offer at the same time. We had never experienced a moment like this, it felt as though all roads were intersecting at once.” The critically acclaimed 2019 documentary A Tuba to Cuba documented the band’s journey as they explored the links that connect New Orleans and Cuba so indelibly — their shared, tragic history as destinations where enslaved Africans struggled to simply survive, and their current status as places where the cultural inheritance from those ancestors is kept alive in both song and deed — but that was only half the story. This collection of songs, a musical account of a generations-in-the-making reunion of musical families separated by time, politics, and distance, tells the other half.

When asked to describe the collection of songs assembled on Tuba to Cuba, Jaffe sums it up by saying, “It’s like listening to the radio.”  And yes, A Tuba to Cuba actually feels less like an ordinary soundtrack and more like a living document, a recording of a broadcast that’s been waiting to exist, a modern version of the static-y radio signals that were broadcast between America to the Caribbean in the early and mid-20th century, sending the sounds of jazz and mambo and R&B and more back and forth across the vast divides of water and culture and politics. It’s a story, this album, and the tale being told mirrors the band’s experience.

The resulting collection of songs is what Jaffe describes as “a beautiful conversation.” The music of A Tuba to Cuba is an ecstatic expression of that ongoing conversation, a restless and lush trip up and down strange FM wavelengths bridging thousands of miles and hundreds of years, where all involved are talking with each other and over each other in excitement, charged with the thrill of recognition of the evidence of their shared familial roots, an undeniable kinship rooted in bloodlines, rhythm, and melody. 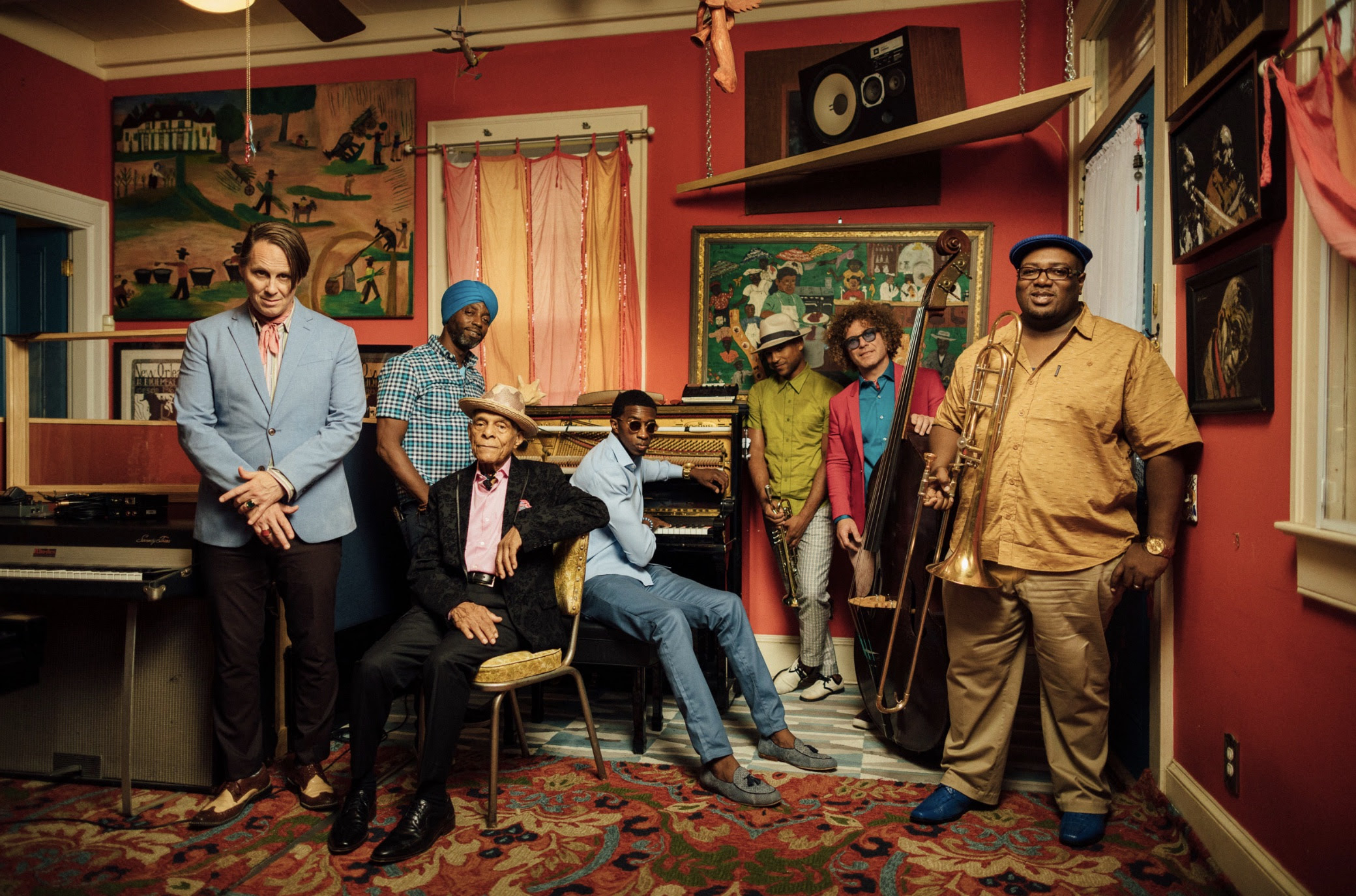