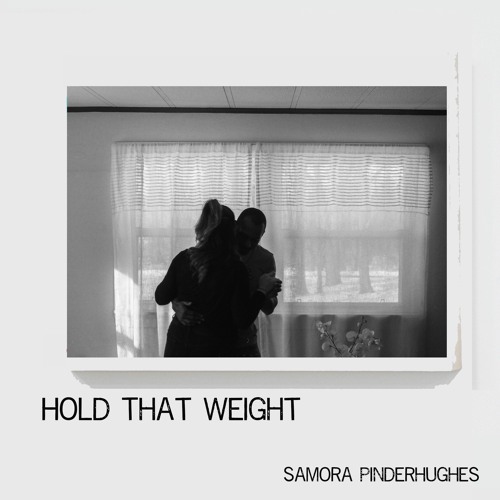 During These Times of Uncertainty and Chaos

TITUS KAPHAR’S “TO BE SOLD” FEATURED ON COVER ART

New Song Asks: “In Times When People Are Struggling, What Does it Really Look Like to Help Carry Their Burdens?”

Musician & activist SAMORA PINDERHUGHES announces the release of Black Spring, his four song EP co-produced by Jack DeBoe and available April 24. The four-song EP is inspired by the revolutionary energy of 1960’s songwriters, and looks to reflect the questions and anger that people are feeling during these times of uncertainty and chaos. “Hold That Weight” is the powerful lead single from the Juilliard-trained pianist/vocalist. Hear it HERE.

“Hold That Weight” is a song about how to support each other and asks the question: in times when people are struggling, what does it really look like to help carry their burdens? “This is the first single of the project because it most directly addresses the current COVID-19 crisis,” Pinderhughes notes. “It was written prior to this all happening but applies to the senses we are all feeling at this moment: how we’re trying to cope; how this crisis has exposed some of the real inequalities in the American system; and how we’re all trying to figure out what it looks like to help and support one another during this crisis. And especially how we can support those most vulnerable to this crisis (the houseless, those in prison/detention, those without work, those without health insurance or access to health).”

Black Spring describes an energy of uprising: a time for action, a time for flourishing and moving forward with revolutionary spirit. Each of the four songs on the EP delves into a different aspect of what we’re dealing with right now in 2020, and the truths we have to speak up about including: “Kill War,” a song written from the perspective of a soldier that addresses the current administration’s warmongering policies and was inspired by Bob Dylan’s “Masters of War”; “Blood” which is about younger generations living through this time and what the threats of climate change feels like, and it samples late singer Lhasa de Sela’s song “Soon This Space Will Be Too Small”; and “For Those Lost, For Those Taken,” written for all those murdered by police brutality and state violence, and specifically written in honor and dedication to Sandra Bland and released in concert with Sandra’s family as part of the 5th anniversary of her murder by Texas police.

The cover art of the EP is adapted from “To Be Sold,” the powerful piece from acclaimed artist Titus Kaphar’s ‘Shred Presidents’ series where iconic portraits of American presidents are partially obscured by strips of canvas nailed to the lower part of their face. If pieced together, the strips reveal a painted 8’ x 8’ historical document related to the subject’s historical role in American slavery. It was chosen as the project’s cover art to comment on the myths of America, and how the lies presidents tell cover up their oppressive acts.

Photo by Jacob Blickenstaff for Yamaha

Samora was born a mixed-race kid in the Bay Area–a hotbed of revolutionary organizing and incredible music & art that immediately seeped into his soul. He started playing music at two years old, and became serious about making music his life after living in Cuba studying spiritual musical traditions. He moved to NYC to study at Juilliard and, with the help of his mentors, Samora eventually began to create his very own unique style: a combination of striking intimacy and carefully crafted, radically honest lyrics with lush, immersive music, maximalist visual storytelling and high levels of concept.

He’s collaborated and performed with many artists across boundaries and scenes including Common, Robert Glasper & Karriem Riggins (see him perform during the August Greene NPR Tiny Desk HERE) Sara Bareilles, Daveed Diggs, Herbie Hancock, and many more. Samora is currently pursuing a PHD in Creative Practice and Critical Inquiry under mentor Vijay Iyer at Harvard University.

Samora has increasingly sought to inspire solidarity among communities dealing with different oppressive circumstances, particularly around immigrant detention and mass incarceration – seeing the similarities both in lived experience and structurally within the carceral state. He is also a member of Blackout for Human Rights, the arts & social justice collective founded by Ryan Coogler and Ava DuVernay. Watch him discuss his activism and “Why artists are responsible for moving society forward” via PBS Newshour: https://to.pbs.org/38ErfZf.

Look for much more from Pinderhughes in 2020, leading up to his headline Carnegie Hall show, set for May 2021. ‘WHY ARTISTS ARE RESPONSIBLE FOR MOVING SOCIETY FORWARD’